ProEXR ships with After Effects CS4

OK people, this is big, real big.
It's been officially announced: the free OpenEXR plug-ins I've been shipping for over a year are now going to be appearing in the next version of After Effects! So no longer will you have to replace Adobe's plug-in with the fnord one, because they will be the same! EXtractoR and IDentifier will also be included. You can read more about it here, here, here, and here.
And since you asked, yes, they will be remaining open source, and yes, I will continue to update them on the fnord web site as necessary.
Not included in After Effects will be the Comp Creator, which you can still download. And of course, the ProEXR Photoshop plug-in is separate.
This is really a big honor, and I want to thank the AE team for making it happen. I have had a love affair with After Effects for many years and it's hard to believe my plug-ins are now a part of it. Pinch me!
Update: See my credit in the AE secret about box (hold down option/alt while doing About After Effects). Whee! 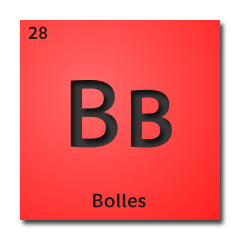 Still trying to contact you regarding distribution of your JPEG2000 plug-in. Not getting any reply from your email address, but you clearly visit here! Please, if you're able to, email me at c@plin.com so we can discuss.

Solved the z-buffer issue i had with ease.

Thankyou for keeping it open source.

Congratulations on your magnificent achievement!

The ProEXR is a cool plug-in, however when I start to use it in production it performs really slowly.

It seems that rendering to multiple TIFF sequences is more efficient since the there's no overhead every time ProEXR has to extract certain channels from one big EXR file.

Sorry if it sounded like I'm trying to attack or anything.
I'm just trying to figure out a 32bit working pipeline.

I'll be happy to hear if you have any tips on using the plug-in in a production environment.